Light marked my childhood. The places I grew up and spent my summers, some as rural as Sifnos, were so bare that I felt like there was nowhere to hide. No shades, no preface, no margins for error or the slightest digression, just the sun’s reflection on the Aegean.

Slouched on the sofas of the ACE hotel in New York, painter and memoirist Christian Peltenburg-Brechneff and Pappos discussed their seemingly opposite new books and how leaving homelands affected their creative processes.

Ioannis Pappos: When I picked up your book, The Greek House, fresh from a trip to Greece, your scrutiny over the Greek light, overpowering, forceful, almost harsh, stayed with me. That light marked my childhood. The places I grew up and spent my summers, some as rural as Sifnos, were so bare that I felt like there was nowhere to hide. No shades, no preface, no margins for error or the slightest digression, just the sun’s reflection on the Aegean. I had to run away from it while you chased it. We are opposite to each other. 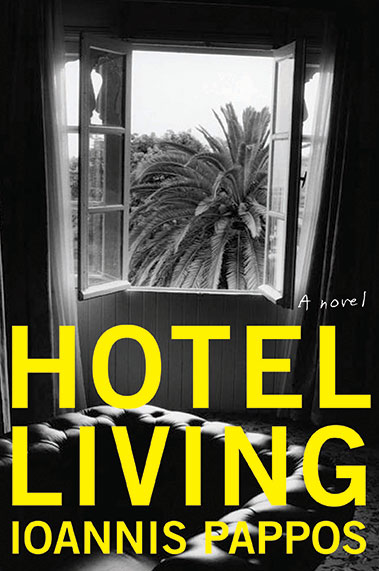 Christian Peltenburg-Brechneff: Yes, we could be. It’s true that the light in Greece is unmatched. And I did run towards it. Remember, I’m Swiss-Russian who grew up in ridiculously bourgeois settings in Europe, a life full of etiquettes and protocols. Given that, Greece in the ’70s was a frontier for self-discovery and adventure, what you call a bare setting. Which is a challenge for a painter. And I welcomed that. In the 30-plus years that I’ve painted in Sifnos my work matured. I started shyly, bringing along with me central European moodiness and depressed colors, and I moved on to bright, sharp, clean shapes.

IP: Visiting your studio was a feast. You did some of your signature work in Greece, and in other places like India. I loved your first book Homage Encounters With The East. I see you as a travel painter and as a travel writer, which is the ultimate form of art for me: capturing motion. And Greece played a big part in you becoming an artist as well as a man. So, you are also a coming-of-age writer.

CPB: Greece, Sifnos, was part of my manning up. Mediterranean complemented me. Just like Western Europe and the U.S. complemented you. I love the title of your book, Hotel Living, the book cover, the story. It’s an intense novel. You write about hotel living but your story is also about greed, money, emigration, growing up, solitude, sex, drugs and more. What made you choose Hotel Living?

IP: In a way my novel is the reverse of yours. Hotel Living is at the other end of The Greek House. The main character in my novel, Stathis, wanders for years from one city to another, working senseless hours, living in hotels, but there is another dimension there too, he is unable to mature and commit and settle down, or he is only able to commit to the unattainable. Stathis is too California-ed (if that’s a word) to be Greek and too Greek to be cosmopolitan. He is trapped, he makes the same mistakes, falling for equally fleeting people, always in motion, always nexting. 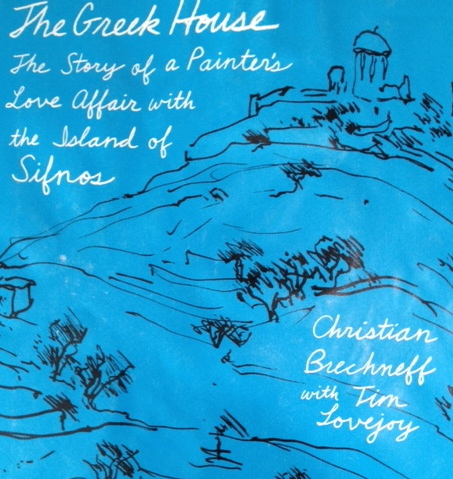 CPB: I can’t help but speculate that you wrote a semi-autobiographical novel. You earned a lot of money working in the money world with your extraordinary education. What was it like to suddenly be earning that kind of money none of your family probably ever dream of having?

IP: We are all inspired from somewhere, pulling from somewhere. At some point in my novel, the main character quotes Neumann: “Anyone who attempts to generate random numbers by arithmetic means is living in a state of sin.” Memoirs, like yours, is my favorite genre. Facts are followed by interpretation and reflection. I think that you did a fantastic job in preserving that fragile balance. With Hotel Living, I went fiction. Maybe I didn’t have the balls to do a memoir. Maybe someday. Money? I made lots of money for someone from Pelio, where I’m from, but there is never enough money for New York. New York is a pathology, we love hyper-exposure. We burn as we make, as fast as we make, if not faster. You know New York, you were part of the Warhol and the Studio 54 scene, Christian, you partied hard. I guess that was a counterbalance to your life in Sifnos? I mean, otherwise things can get boring, right? Or, you can fall off a cliff?

CPB: I was part of the Studio 54 set in the late seventies and it was an amazingly wild and sexy time, but I always kept it together. Of course Sifnos countered that. That’s why my work is wrapped around “a house,” a sense of belonging and recharging. But unlike Stathis in your novel, I never had the descent that he had in the city. I never liked drugs, or binged on other things the way he did. I don’t have an addictive personality. 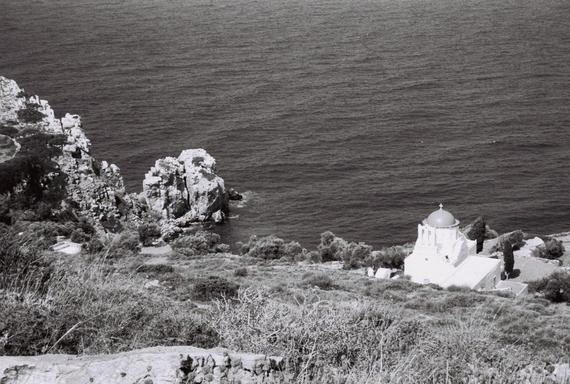 IP: You do realize that you have a blessed life.

CPB: Quite. What was the hardest for you to have had to adopt to by living in California, France, England, and finally in New York?

IP: When you lose your identity or astray from it, in my case my Greek beginnings, it does not mean that you immediately adopt another suit, family or orbit. You can spend years like a rogue planet, free-floating, roaming around, and, yes, living in hotels. Which, I confess, I did for years. Even now that I live full time in New York, I still don’t have a stove in my apartment. I don’t have a table, my fridge is a minibar; I eat outside three times a day, like I am trapped in adolescence. Recently, my best friend told me that I’m still hotel living.