I read HOTEL LIVING literally in two nights, staying up till the crack of dawn, as I found it impossible to put down. The characters and plot were so raw, authentic, contemporary and passionate that kept me reading in an obsessive manner– eager to move on from one chapter to another. I was also looking for clues in the story from the author’s real life, who I have the privilledge to know. I met Ioannis Pappos through a mutual friend, in NYC some years. So, as soon as I finished reading HOTEL LIVING, I reached out to him and asked for a brief Q & A, wanting some extra infos about his so captivating book! This is one of my favorite interviews, as I was able to pick through the brain of a person I really look up to, satisfy my literature curiosity and get to share it through my blog. 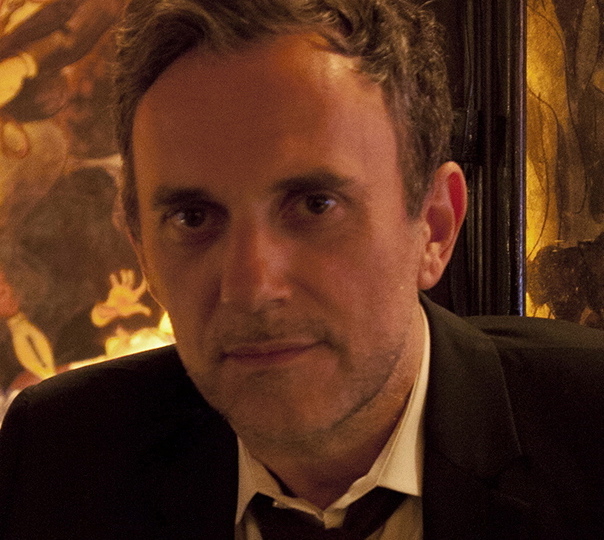 A few words about the Author

Ioannis Pappos is a management consultant and writer from Pelio, Greece. He is a graduate of Standford University and INSEAD Business School, and has worked both in the U.S. and Europe. Ioannis contributes to blogs and magazines. HOTEL LIVING is his first novel and has been nominated for the Lambda Literary and the Edmund White awards for debut fiction. He lives in New York City.

What was the brainchild of HOTEL LIVING, what really inspired you to write this book?

I was sad. I started a diary but I could not stick to the truth. I craved a story, yet not my story. It was during the last recession and I drank too much, went out a lot, friends disappeared—as friends do. Nothing was working. Suddenly satire chipped in my writing as I watched myself, or a lover, try on the “right” shirt before yet another dinner party in yet the same restaurant with yet again the same folks. Or listened to my coworkers begging and crawling at the HR personnel for the lightest MacBook, the best half-sponsored pilates trainer, the largest junior suite and deckchair on the Titanic when fear and abandonment-pain were already deep under our skins; a hell of HOTEL LIVING.

HOTEL LIVING has a lot to do with obsessive passions and love rejections – What do you think is the most effective way to get over them?

I tried to deal with rejection through writing, but I guess it wasn’t cathartic enough. My new wingman tells me I still got (little?) ways to go. He stopped reading HOTEL LIVING, he said, cause he was scared about what he’d read next. He could not wingman-me-best that way. He was right. Reading and rereading diaries and old emails doesn’t help, there’s no narrative that will rationalize the past. The best thing to do to get over something or someone is to live. Cry, shoot up, do whatever’s your thing, and go on.

Tatiana is an incredibly attractive character in HOTEL LIVING. Can you describe, in a few words what the real essence of her charm is?

Tatiana is a character that evolves. She starts as a mess with a heart of gold, but changes.
“Tati’s a collector of all trades,” Kate, a permanent standby, joked once, but not really.
“She has an appetite for food, clothes, people. She has an appetite for adopting, like she did with you.” Kate laughed at me, or with me, the latest member of Tatiana’s surrogate family.
“No, seriously,” Kate insisted. “What interests me is how Tatiana sorts through New York.”
Tatiana is New York.

HOTEL LIVING describes a world of excess, power highs, luxury and superlatives and yet, the characters keep chasing happiness. In your perspective, what constitutes happiness, anyway?

The billion-dollar question. Or a question that billions want to answer. Or, maybe, billions is the answer. Or, there is no answer. I don’t know. All these inadequately defined concepts like happiness, beauty, success, integrity…have been screwing us forever. I don’t think there is hope for what my high-school teacher called happiness when he tried to help us find our way through university and jobs, and life. I’ve only recently given up in finding the lived happily ever after gibberish (I know, very late bloomer to wisdom, here), or the inner peace mantras. Jaded about heroes (Cosbly, Armstong, Rampling, yea those guys…) and noble causes (tax-subsidized entrepreneurial-philanthropy, sheer power dressed up as Mother Teresa), just get up in the morning and write your blog. That’s impressive enough for me. 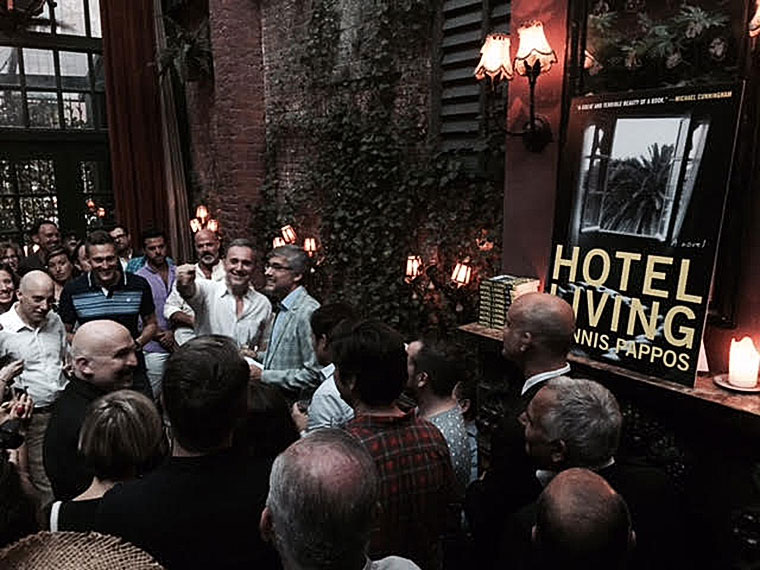 In most of the book Erik evades his privileges and family background, in your words; he is “leaving upbringings”. However, no matter how much we get to evolve, do you really think we can escape our upbringing?

A startuper, from an old Greek family, recently asked me that. He had just read HOTEL LIVING, he thought that I was the protagonist, Stathis—fine by me—and asked me the “You can take the boy out of the village, but…” question. Well, Stathis never saw Erik as equal. He admitted to that. He was haunted by his past, hated it and longed for it in a stupid Stockholm syndrome. I told my old-money/sexy-job friend that “you cannot take the village out of the boy,” but I lied; I’m not Stathis. I wrote the book in order to do just that, hoping I can do that; exonerate myself from Pelio and my (later) petit bourgeois upbringing. Now, although I’m marching on—you ask the questions—I don’t think I’m happy. At the end of the day, old-money knows best.

In what ways has New York changed since your main character, Stathis originally moved in?

Became more aggressive and unequal. If that’s possible. Another reason a friend put down my book was a debate we had after he asked me: how did you end up in a rent-stabilized apartment? I had no answer. I said: read the damn book. Fuck you. No, fuck you! New York turned from fuck you, to FUCK you town.

You have another book coming up. Could you say a few words about it?

Not coming up per se, but working on it. DROWNING ZEUS takes place in Souvli, a drunk village outside Larissa, in Aspropyrgos, Ekali, London and Harvard. Makes HOTEL LIVING read like PAT THE BUNNY.