The last year that I had a TV was 1996. Then I was off to business school in France. When I graduated and moved back to the US I just did not get one.

In his debut novel Hotel Living, out today— Greek immigrant Ioannis Pappos presents a story of a smart Greek named Stathis who like many of his contemporaries, leaves a simple life behind in Greece for one of international finance, unique hotels, multi-million-dollar deals and fast sex.

We caught up with Pappos at his Greenwich Village apartment to chat about Hotel Living. 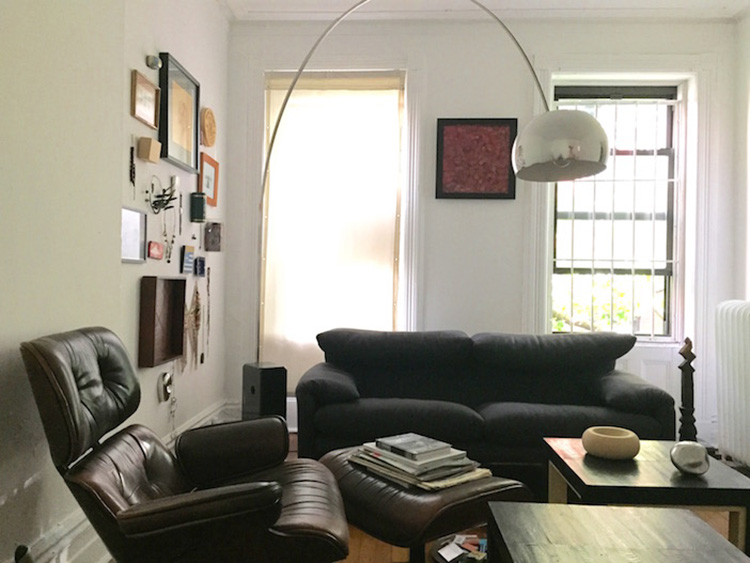 1) There’s no television in here.

The last year that I had a TV was 1996. Then I was off to business school in France, where five, six of us lived in a house together and never bothered to go and buy a set; we were too busy doing practical jokes on each other… When I graduated and moved back to the US I just did not get one. Now I watch TV shows like Breaking Bad and True Detective on my computer screen.

2) What does it feel like having Pulitzer Prize winners and New York Times best-selling authors write praise about your debut novel?

Awfully lucky. Exceeding my expectations. I was fortunate to have some solid endorsements by some of the greats — comparing HOTEL LIVING to Great Gatsby… I’m not sure what I’ve done to deserve that. 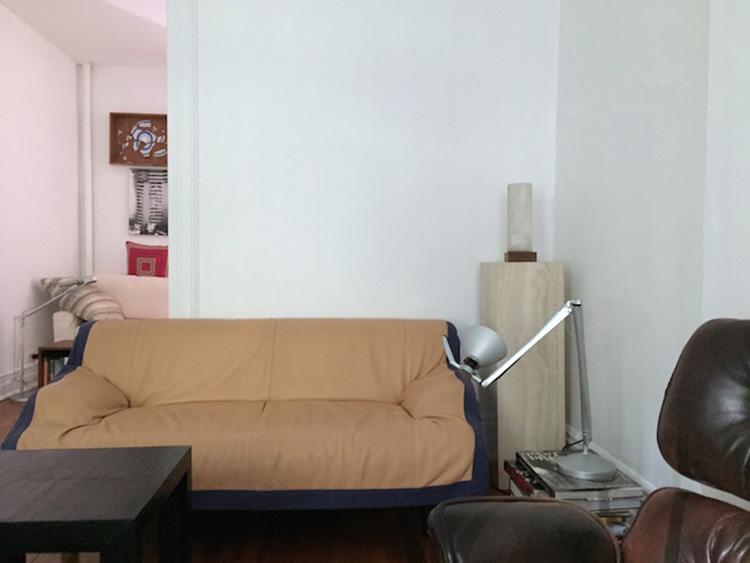 3) What will your friends, families and fellow villagers say when Hotel Living is translated into Greek and makes its way into the local bookshop?

This is coming up. In 2016 HOTEL LIVING will be translated in Greek. It’s a bit baffling as I can imagine my father (who doesn’t speak a word of English) raising an eyebrow while reading about insider trading and sex-for-drugs parties. So that false sense of protection I thought I had as far as any semi-autobiographical speculation, while writing my novel in English, is about to vanish. 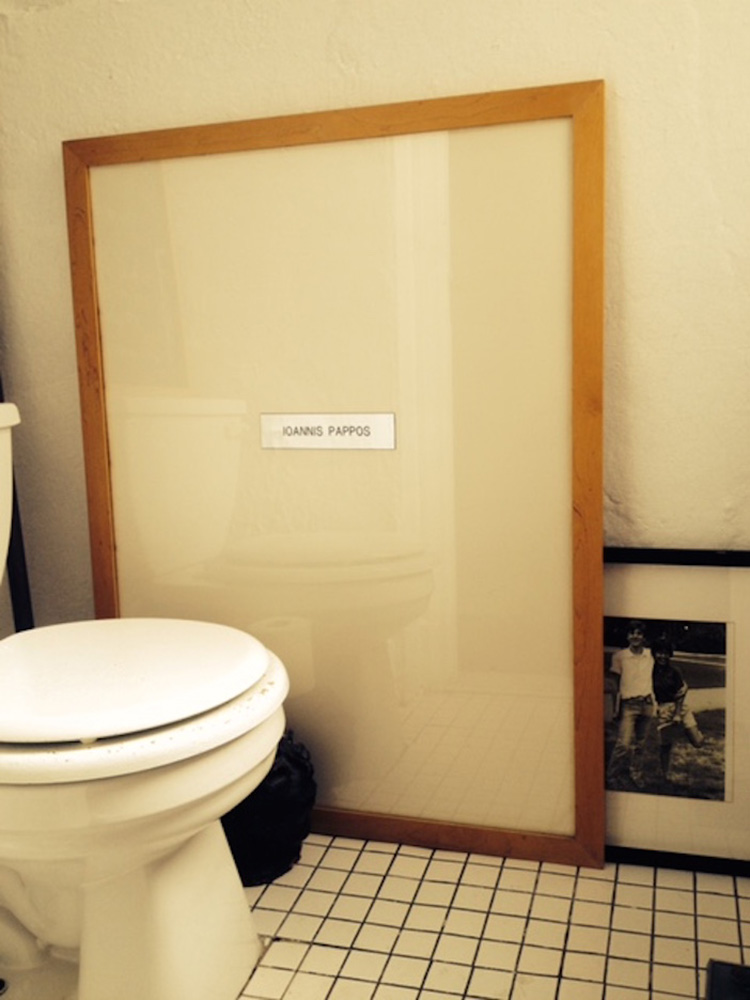 4) I’m obviously avoiding specific questions about the book— I want people to read it. They should. It’s a great book. I’m more interested in you. You said you first started writing due to a mid-life crisis. Is it over?

No, midlife crises are like “high schools”. We never really graduate.

I am still writing. Currently, I’m in the midst of my second novel, DROWNING ZEUS, which takes place is Greece across three decades (’80s, ’90s, and ’00s) and makes HOTEL LIVING read like a Jennifer Aniston movie. DROWNING ZEUS takes no prisoners. Maybe it will bring some resolution. Maybe not.

6) If Hotel Living were to become a movie, who would play the lead?

That’s a good one. There’s nothing sexier than a book staying a book. Yet, we live with- and in-images; we Instagram our breakfast, lunch, and dinner. If we get there, any good actor who is not traditionally good looking would be fine by me. 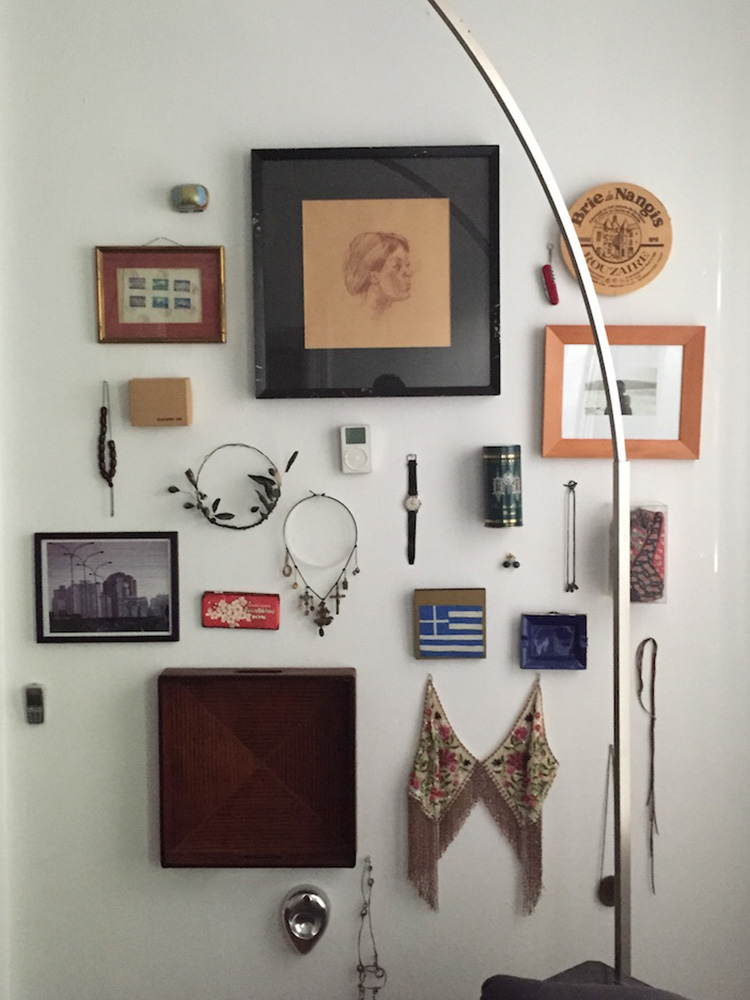 7) I see the Greek flag on your wall. Greekness takes a lot of shapes, colors and sizes and it’s not really the cookie-cutter mold that many here in America believe it to be— language, faith, baklava. Being away for so many years, how do you maintain a connection to your inner-Greek in far away New York City?

Greekness works well in New York. Greeks have heritage but also some unprocessed roughness. Like NYers, true NYers are tough, but not mean. I maintain my inner-Greekness plus! Stop my book signing tomorrow, if you can, and you’ll hear me read in English. It’s a riot.

8) I noticed your book on Anna Vissi’s bed… (on Instagram), as well as praise by Auguste Corteau— both of whom are highly regarded Greeks in their respective fields.

Anna and Auguste are artists that I admire and love. Their appreciation of my writing validates me; shows how universal, thus how Greek too, HOTEL LIVING truly is.

9) Why should people reading this interview click on this link and purchase a copy of Hotel Living?

I am homeless, but first class,” is my publicist’s favorite line from the book. She says HOTEL LIVING is a great beach read, but I think it reads well year-round. Seriously, it is an intense novel that takes place during our recent past. It deals with identity, love, and friendship, over the currently blind-spot-ed era of Blackberries, Myspace, and pre-Instagram acting-outs. 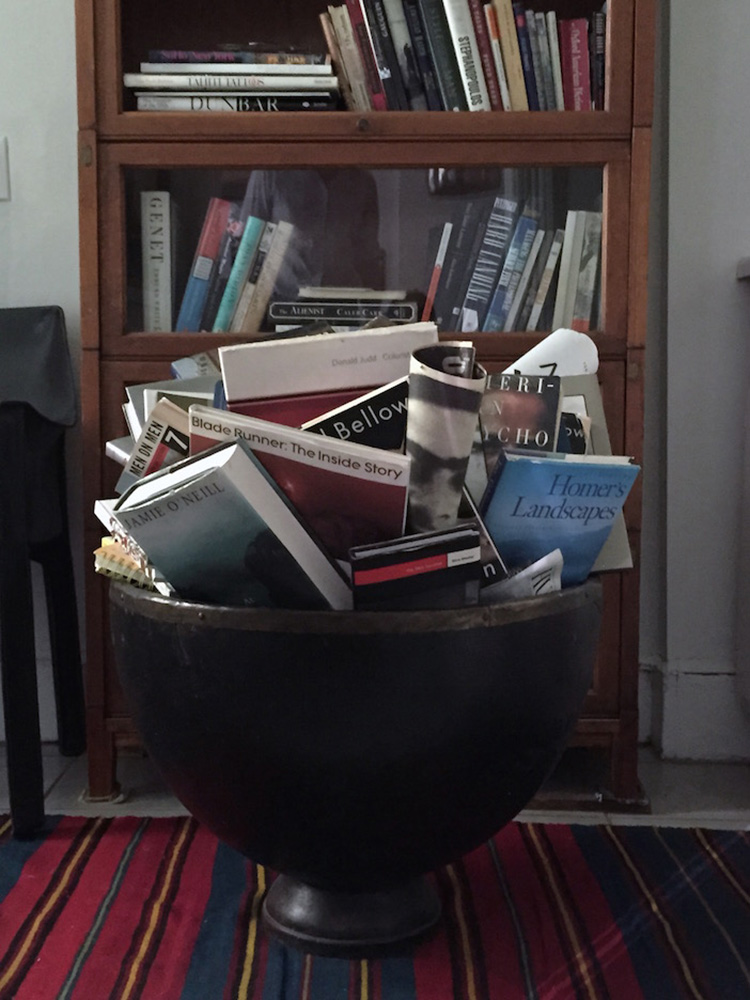 Recalling both the excess of The Wolf of Wall Street, and the drifting narrator of A Single Man, Ioannis Pappos’s debut novel is a portrait of privilege, aspiration, and international finance during the wayward course of the American economy between 9/11 and the 2008 Financial collapse, and is filled with surprisingly tender observations about identity, loneliness, and human connection.

“I’m homeless, but in First Class.” Stathis Rakis abandoned his small Greek village for a more worldly life, first in San Francisco, where the Dot Com Bubble had already burst, and then in Paris, France, where he is pursuing an MBA at an elite business school. After falling helplessly in love with a liberal New England journalist with a good conscience, who comes to campus with some scores to settle, Stathis moves to the United States to begin as a consultant for a company called Command. He spends the very few hours of the day that aren’t consumed by work draining the minibar, battling insomnia, and binging on more than room service. Luxury is a given, happiness is not.

As the economy recovers and a new bubble expands in a post-9/11 world, Stathis drifts upward, baring witness to the criminal decadence that will become the 2008 financial crisis, as well as his new habits of indulgence—drugs, sex, and insider trading. In a world of insiders–from corporate suits to Hollywood celebutantes—Stathis remains the outsider: too foreign to be one of them, too cynical to turn back.

Hotel Living, published by HarperCollins books is out today.