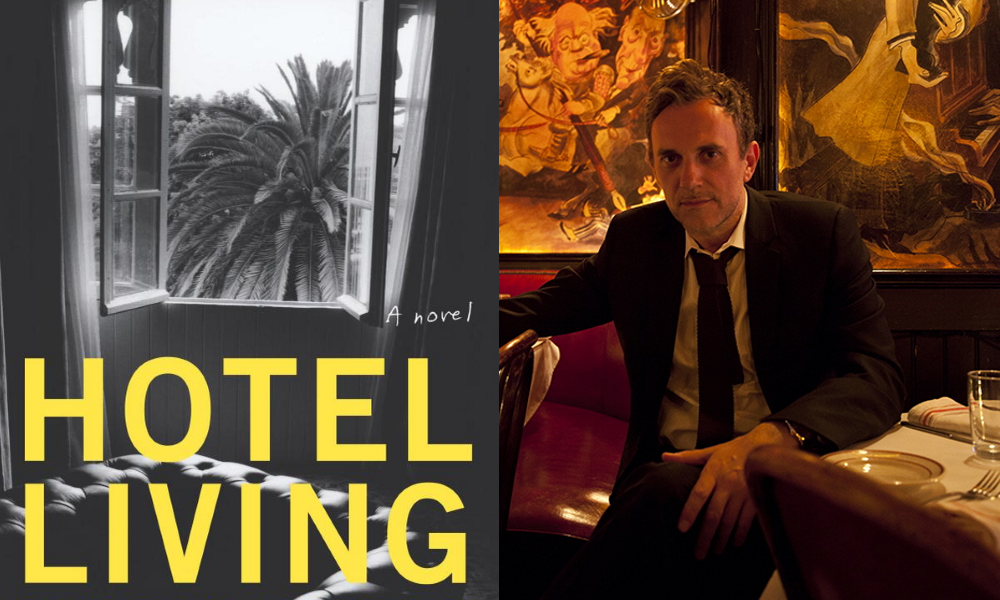 When you do drugs, things change. You acquire a tolerance for the fact that almost nothing turns out as planned.

By Harry Healy for ‘THE FIX’

“When you do drugs, things change,” says Stathis, the narrator and main character of Ioannis Pappos’ first novel, Hotel Living. “You acquire a tolerance for the fact that almost nothing turns out as planned.” Stathis may or may not be aware of the severity of this understatement, but that tolerance he’s referring to turns out to be for far more than things not going as planned.

Hotel Living maps out an era, roughly 2003-2008, set against the buzzy, rarefied backdrop of management consulting, the trendy sector where Stathis gains employment after making the requisite stops in Silicon Valley and at a high-toned European business school. Stathis, like the author, is a Greek national who flits among the international money set, from London to the West Village, from the Bay Area to the furthest reaches of the southern Caribbean.

The money is easy and the excitement is palpable, ameliorated at first by the humdrum contents of the minibars Stathis crushes on a nightly basis, and then Ambien, to address the ravages of his ever increasing and absurd number of air miles. But the substances are eventually employed to round off the edges of more than business stress, and they fill a blank space that Stathis suffers from, a blank space that takes the shape of a handsome American aristocrat named Erik.

Stathis is seasoned enough to know that on some fundamental level he and Erik cannot be equals, and he understands there are aspects of Erik he will never possess, but neither of these truths prevent him from obsessing over Erik throughout the course of the story. As Stathis’ disappointment consumes him, so does his drug use, until it metastasizes into full-blown addiction, spiced up by sex of the who-cares variety, most of it insanely inappropriate.

Hotel Living is a novel about class, and, by the way, of manners (some very bad ones). No matter how sophisticated a tech-snob Stathis seems to be, no matter how many Prada suits hang in his closet, and no matter how much cocaine he pushes into his face, he will always be the son of a Greek fisherman, his nose pressed perpetually against the glass, on the outside looking in.

This inability to make peace with who he is and with what he was born into (like any of us, no matter what we accomplish there is no escape hatch from the facts of our birth) leads to stickier ethical, and yes, philosophical problems. During an interview with the author, he was asked if he set out to write a novel of morals.

“What I wanted to write about is how confused we are around morality. More and more, it gets down to the question, or not, of where is your funding coming [from?]”

All conundrums these days seem to boil down more or less to money, don’t they?

“What if you’re really doing good for people,” Pappos went on, “but your money’s coming from oil? Or what if some of the tests you’re using, or the results, they’re being conducted in places where human rights are not preserved?”

Stathis is hardly a sociopath; he’s a bright, educated guy who tests well and is capable of keen insight. He’s got a grasp on right and wrong, perhaps a tighter one than any of the other characters in this novel, but where his personal behavior is concerned, at a juncture where he should be most accountable, at least to himself, he just doesn’t care. And it’s exceedingly difficult to maintain any kind of moral balance sealed into a nightclub bathroom amidst a gang of coke fiends descending on piles of product.

The irony is that while Stathis’ personal conduct may be degraded by drink and by drugs, he’s consistently putting his evolving worldview to the test.

Hotel Living’s most firmly anchored character is Alkis, a Brit of Greek parentage, or as Stathis would have it, “my London Greek via Harvard.” If the novel has a father figure, it’s him.

During one of the book’s revealing set pieces, Alkis, fresh from business school, demonstrates how fully he has adopted corporate opaqueness as his primary means of communication, defending the faddish ideas that were the basis for then-current business philosophy. “Think of your job,” Alkis tells Stathis, “like a computer game that keeps throwing cele-brands your way. Cele-brands today are both goods and markets.”

Both men are beginning jobs at a management consultancy called Command. Stathis has misgivings (and who wouldn’t?) but he’s poised to embrace the Command credo. “The sustainability of economic euphoria might in fact contribute to materializing it,” he muses. “As if the real economy was a state of mind; monitor it, believe in it, and it will keep growing.”

Alkis, for his part, has moved to the “equity side,” i.e., a hedge fund, at least in his mind. He hasn’t started this job yet, but he’s already primed to sign on to the position after this one.

“Alkis is like as good as it gets for that era, without being completely opportunistic,” the author said. “These are the rules and this is the way the game will be played. It’s all about the next thing. Stathis is trying to follow him. ‘Where were you? We took the same classes. Where did you come up with all this? Who is Elon Musk? [Keep in mind, this is 2004; the entrepreneur was virtually unheard of.] Is that some kind of perfume?’”

Soon enough, however, Stathis is delivering Power Point presentations riddled with a Humpty-Dumpty-esque, words-mean-what-I-choose-them-to-mean (“optionality”) language of his own creation. He grows bolder with each successive bamboozling; he’s fully aware of his own nonsense, and so is the reader. The only people who don’t seem to get it are Stathis’ clients, the analysts and vice presidents capitulating to this razzle-dazzle. For extra sass, Stathis is often presenting in yesterday’s shirt, besmirched by the flotsam of last night’s fun.

One of Hotel Living’s many shining achievements is the idiomatic, jargon-laced language the author uses to hilarious effect; doubly impressive considering that English isn’t his native language.

It would be irresponsible to allow the author to slip out of a conversation without getting his take on the current situation in his homeland. Greece is hot. Greeks are hot.

“Yeah,” Pappos said. “For all the wrong reasons.”

After a quick primer on modern Greek history (400 years of Ottoman rule, a civil war that came quick on the heels of World War II, a 1974 overthrow of the military dictatorship that restored democracy to its birthplace) the author points out that the then-called EEC, the precursor to today’s EU, granted Greece entry with open arms. After centuries as the sick man of the continent, forgive the Greeks if they felt vindicated. Forgive them if they felt as if Europe owed them something.

To compare Greece’s insatiable need for easy cash to Stathis’ addiction is mightily tempting, except the Greek economic crisis was a bill that hadn’t come due at the novel’s close. Like Stathis on a half-mad yayo run, and like his country on a borrowing binge, the reader of this terrific story is craving more. Where would Stathis be today? CEO of some Silicon Valley start-up? Insinuated into the Greek government, attempting to get his country’s finances in order? Or at an AA meeting in Athens or Minneapolis, white knuckles wrapped around a half-cup of coffee, gutting out another day of sobriety?

But bringing us back to the headlines, Pappos said, “You’re broke and you ask me for money, so I give it to you. You come to me again, and I lend you some more. After a certain point, I’ve got to realize that I’m playing a part in this, and I’ve got to take some responsibility for my actions.”

Ah, there it is. The moral thing again.

“When Greece finally got a seat at the European table, the country felt like the boyfriend who got jilted in high school and then years later, looks up the ex-girlfriend on Facebook, and says, ‘Look at me now. Look at how handsome and charming I’ve grown up to be.’ This time, he gets the outcome he wanted all those years ago.

“The Greeks were like, ‘Yeah, we’re gonna dress fancy and talk scruffy and you’re not gonna love us, you’re gonna adore us. Up yours.’” Not at all unlike the characters in Hotel Living.

Harry Healy is a pseudonym for a newspaper columnist, author and a regular contributor to The Fix. He recently wrote about being a sober bartender, as well as a sober Catholic, and about the reason AA is anonymous.