Hotel living as a state of mind: the lack of commitment or responsibilities, the constant “nexting.” 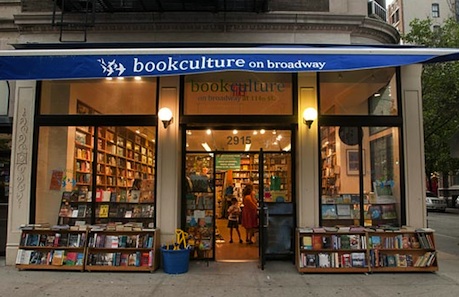 Hotel Living is the story of Stathis Rakis, who has abandoned his small Greek village for a more worldly life, first in San Francisco, where the dot-com bubble had already burst, and then in Paris, France, at a top business school. After falling in love with a liberal New England journalist with a good conscience (but with some scores to settle), Stathis moves to the United States to work as a management consultant for a high-octane company called Command. He spends the very few hours of the day that aren’t consumed by work draining the minibar of whichever five-star hotel he’s currently calling home, battling insomnia, and bingeing on more than room service. Luxury is a given; happiness is not.

As the economy recovers and a new bubble expands in a post-9/11 world, Stathis drifts upward, bearing witness to the criminal decadence that will become the 2008 financial crisis while developing his own habits of indulgence drugs, sex, and insider trading. In a world of insatiability that features both corporate suits and Hollywood hedonism, Stathis remains the outsider: too foreign to be one of them, too cynical to turn back.

We would like to thank Ioannis for answering our Q&A and joining us for the book club discussion of Hotel Living.

How did you come to write Hotel Living?

I wrote Hotel Living as a midlife crisis antidote. I was not planning to write a novel. I had not written anything before—except bullet points on PowerPoint while working in management consulting. During the last financial crisis I had to redefine myself, at least professionally for a bit, but that revealed bigger issues. I realized I had become a creature of habit; my momentum had turned into inertia in both work and fun, even in my relationships. So I traveled, but that didn’t bring a breakthrough. It was not until I ended up at my father’s village, in Greece, where I felt suddenly both very at home and reconnected with my family. For two decades I had barely seen them…the 2-3 weeks a year vacation that we tend to use in the US had not helped. A need to tell a story hit me, and I wrote the first draft of Hotel Living there. It is a recent-period fiction, a love story in the ’00s, the decade that people partied hard, like in the roaring 1920s but woke up in the biggest depression of the 1930s…It is about hotel living, literally, during a time when some could afford it—”can always expense it…”—but also about hotel living as a state of mind: the lack of commitment or responsibilities, the constant floating-upwards caught in a wave of nonstop opportunities, of “nexting.” And yet promotions and invites spark unhappiness and destruction; the main characters keep chasing the unavailable—“What if I had met Erik prior to all the decay, when I had a real job and real friends? Would I still have fallen for him? Followed him to New York? Or, better, would I be equally obsessed with him if I needed to make rent or get a job?” Hotel Living is about waking up and, hopefully, growing up.

What are you currently reading?

I like memoirs. I’ve been reading Brad Gooch’s Smash Cut and David Crabb’s Bad Kid, both engrossing page-turners. These guys can make you cry, and they can make you laugh too…they know how far to push without going overboard. Also, both authors have multiple lives, which is something I totally connect, so I relate with my inside/outside-the-writers’-world writing. I look up to them.

Do you have a personal favorite book of all time? If so, can you share it and tell us why?

This is a tricky one, obviously. I enjoy fiction that reads like non-fiction and non-fiction that reads like fiction. Given that, I would pick Joan Didion’s The Last Thing He Wanted where Didion successfully reaches a form of “lyrical” prose through facts. I spent years doing R&D portfolio management so precision at a granular level is how I know to construct the bigger picture. You can get confused, as far as the plot, but that is okay, even a necessary part of reading it.

What’s next? Any upcoming book projects in the works that you can tell us about?

Currently, I am working on my second novel, Drowning Zeus. It is a story that unfolds in Greece during the last decades. The main characters—children of the ’80s, ’90s, and ’00s—bond tightly and clash violently within a radically turned-on society which is still decompressing from the early parts of the 20th century. It’s a tough story to write and, perhaps to read too. We will see.