The lifestyles described tow the line between fascinating and sickening, allowing you to determine how harshly the characters deserve to be judged.

From K.T. Medina’s thriller set in the killing fields of Cambodia to Aziz Ansari’s musings on romance in the 21st Century, this month’s new releases will have you cowering under the covers one minute and belly laughing the next. We’ve rounded up the 18 books we were the most excited to read, including 14 novels and four nonfiction titles from a diverse group of genres.

Check out our picks below, then leave a comment describing the books you’re dying to read! 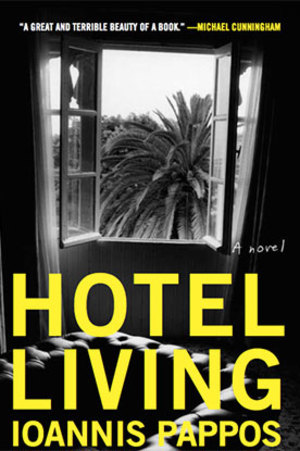 Why You’ll Love It: Sex, drugs and insider trading abound in Ioannis Pappos’ tale of one immigrant’s rise in the world of corporate finance. The lifestyles described tow the line between fascinating and sickening, allowing you to determine how harshly the characters deserve to be judged. —Frannie Jackson

Description: Stathis Rakis abandoned his small Greek village for a more worldly life, first in San Francisco, where the Dot Com Bubble had already burst, and then in Paris, France, where he is pursuing an MBA at an elite business school. After falling helplessly in love with a liberal New England journalist with a good conscience, who comes to campus with some scores to settle, Stathis moves to the United States to begin as a consultant for a company called Command. He spends the very few hours of the day that aren’t consumed by work draining the minibar, battling insomnia and binging on more than room service. Luxury is a given, happiness is not.
As the economy recovers and a new bubble expands in a post-9/11 world, Stathis drifts upward, baring witness to the criminal decadence that will become the 2008 financial crisis. In a world of insiders—from corporate suits to Hollywood celebutantes—Stathis remains the outsider: too foreign to be one of them, too cynical to turn back.