Nails the feeling of confusion when one chases a love that is often unrequited, the things you constantly question, the statements you analyze to pieces, and the moments you treasure. 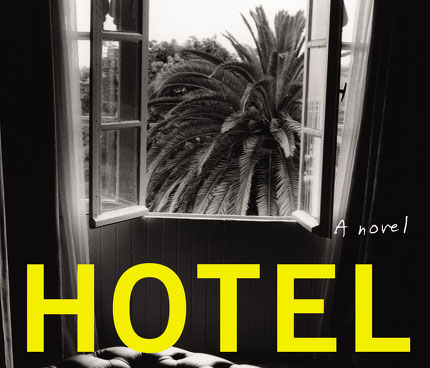 Management consultants don’t exactly sound like the kind of people that would make for interesting summer reading: they evoke thoughts of boardrooms, airport lounges, expense accounts, and the kind of asshole with whom not many people would want to spend time. Stathis, the protagonist of Ioannis Pappos’ Hotel Living, fits all those descriptions and more, yet the reader can’t seem to get enough of him, nor of the hedonistic life he ends up living.

Pappos is not breaking any new ground here, but his easy writing style and lost-but-lovable characters pull you into the world of Stathis, a poor son of a fisherman from an ordinary little Greek village via San Francisco, an upper-crust business school in Paris where he is educated with the privileged European elite, and to the boardrooms, bars and bedrooms of New York City from after 9/11 to the financial crash of 2008.

Along the way, Stathis meets a guy that he falls for: an American, richer and arguably smarter. Their interactions are often frustrating and restricted to stolen moments that don’t amount to much. He starts off as a bit of a romantic at heart, foolishly chasing a love that’s uncertain. The dialogue can be acerbic; he is jousting with his opposites, which in this story is everyone. He’s the constant outsider, but he is accepted into this highflying world, and his adjustments to fit in amount to a hell of a ride: drugs, sex, money and the downfalls that accompany them when they are abused. Pappos keeps the story moving at a great pace that nails the feeling of confusion when one chases a love that is often unrequited, the things you constantly question, the statements you analyze to pieces, and the moments you treasure.

Pappos is a keen observer and translates what he sees in a succinct manner. The book reminds me of Bret Easton Ellis’ Less Than Zero, with its themes of selfishness, greed drugs and sex; and the empty feeling that accompanies excesses of all of the above. Stathis seems lost in all this, searching for a way out and more. You see changes in him, for better and for worse, as he tries to push through his shortcomings, and the author deftly shows how the consequences of our actions and our desire to improve our position (bank balance, really) affect us all. Hotel Living is a great read and an impressive first novel whose author hopefully has other observations to share.