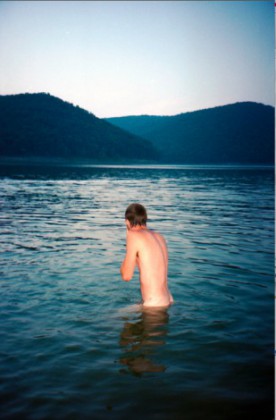 “Ioannis Pappos’ Hotel Living could be The Great Gatsby, reincarnated in a contemporary hell beyond even F. Scott Fitzgerald’s imagination. It’s harrowing. It’s smart and sexy; it’s funny and tragic. It is, in short, a great and terrible beauty of a book.”–Michael Cunningham, Pulitzer Prize-winner and New York Times bestselling author of The Snow Queen and The Hours

“Management Consulting has never been so sexy as in this take of a glamorous Greek businessman whose life of hookups and drugs comes crushing down amid the 2008 financial crisis.”–Entertainment Weekly

“If Trollope were alive today and he wanted to write The Way We Live Now about New York’s élite consultants, he would have written Hotel Living. Really a terrific book.”–Edmund White

“Hotel Living is at once a cool-eyed satire and an unexpectedly heartfelt meditation on the meaning of home.”–Condé Nast Traveler

“I came to regard each and every character as if they were real people, who deserved, and provoked real emotional responses. Pappos’ quicksilver touch of the New World is never convoluted or heavy-handed even when describing love at its most complicated manifestations. There is a penetrating sweetness even in the most bitter regret, and a handling of Greekness reminiscent of Eugenides in Middlesex: something at once looming at arm’s length and painfully unattainable. Hotel Living is nothing short of a masterpiece. It moved me and will continue to do so in more ways than I could imagine possible for a story told with such disarming clarity and plainness. Rest assured that we’ll be talking Hotel Living for years, as will its overawed readers and reviewers.”–Auguste Corteau, author of The Book of Katherine

“Nothing succeeds like excess in fiction — excess, and the inevitable downfall it foreshadows. You realize that all the sexual escapades and expensive art that Joris-Karl Huysmans’s dandy protagonist in À rebours racks up won’t fill the massive void in his soul, that the sprawling and ornate Gilded Age homes around Fifth Avenue in Edith Wharton’s novels hide dark secrets within their walls, and the gin at Gatsby’s house parties will have to stop flowing sooner rather than later… With the cocaine-soaked Hotel Living, Ioannis Pappos has given us the latest of these great novels…. you can’t for the life of you put the book down…”–Vol. 1 Brooklyn

“I read Hotel Living in an evening. Pappos is a first-rate storyteller and keen observer of our current moment. The prose here shimmers and the narration drives hard like the hard living lives in these pages. It’s a smart book that also happens to be entertaining and a damn bit of fun to read. I can’t wait for his next book.”–Anthony Swofford, New York Times bestselling author of Jarhead

“Pappos keeps the story moving at a great pace that nails the feeling of confusion when one chases a love that is often unrequited, the things you constantly question, the statements you analyse to pieces, and the moments you treasure.”–Lambda Literary

“What do you feel when somebody with no writing track record you know of hands you a manuscript? Profound misgivings? Right! Ioannis Pappos had asked me to read just a chapter of Hotel Living. My misgiving vamoosed on page one. Pappos delivers a fast-moving narrative set in the new model world of the international business culture. The sexual and social mores of a wired world are well and truly captured through sharp conversations and vivid vignettes that get you feeling, well, yes. Of course! These are the ways of our world.”–Anthony Haden-Guest, author of The Last Party, Studio 54, Disco, and The Culture of the Night

“Ioannis Pappos nails it… The way Pappos does this is very new though I think, and it is very much a part of a culture evolving at an exciting, if slightly scary speed… ‘The Disney girl kisses a guy outside the bathroom and the door magically opens. Six, seven, eight of us cut the line and cram into a dark square room, the only light a dying low-hanging bulb above a ratty table by the sink. I’m in Abu Ghraib.’ This last reference being no casual flourish, by the way. It anchors Pappos’s narrative in the realities of our turbulent time, as does his offhand references to buses exploding in Mid-East capitals and anthrax letters being sent to magazine groups. There’s a new sensibility here. A melt.”–Spear’s Magazine

“Like a cross between The Wolf of Wall Street and Edith Wharton, Ioannis Pappos gets all the details right in this insider’s look at love and money in NYC in the post-millennial age. Pappos is such a good writer, it’s hard to believe he leads a double life in the trenches of Wall Street; but it is that combination which gives this moving story both its punch and density.”–Ira Sachs, writer and director of The Delta, Keep The Lights On, and Love Is Strange

“Ioannis Pappos may be the F. Scott Fitzgerald of the wired postmillennial age. Hotel Living is an unforgettable debut–an all-night party, a race around the world, a dangerous high stakes game played in the violently competitive world of international business. The novel’s urgent pulse, no-holds-barred pace, and heartbreakingly honest narrator will thrust you into a captivating story that is, all at once, about love, sex, class, greed, and the search for one’s humanity against the blinding light of the American Dream.”–Julia Fierro, author of Cutting Teeth

“Ioannis Pappos’ Hotel Living is a social novel of remarkable breadth and depth. His command of narrative and his complex characters make for a fast-paced yet thoughtful story of one man’s experience in the rough-and-tumble world of high finance and the rougher world of failed love. Not only does Pappos make us understand, he makes us feel. This may be Pappos’ first novel but it reads like the work of a seasoned writer.”–Pablo Medina, author of Cubop City Blues

“As he romps through the highs and lows of the global economy, Ioannis Pappos will make you laugh even as he lays bare the very real human costs of our recent–and current–economic troubles. Hilarious and heart-breaking, Hotel Living captures perfectly our own interesting times.”–Scott Lasser, author of All I Could Get

“From the caverns of New York finance, first-time writer Ioannis Pappos bursts out with a fast-paced tale of an unblushing Greek Gatsby living the high life, a party skidding toward destruction. The pleasures are quick and voyeuristic, the bedroom cold, the banter knowing. His protagonist is diffident yet accessible, bold but aware, an unbruised stranger grappling with a world of little consequence until the bright nights turn bittersweet.”–Edie Meidav, author of Lola, California

“In Hotel Living, Pappos delivers room service at its best and most corrupting. A searing and smart indictment of the players at the helm of today’s global economy, Hotel Living is also sexy and fun, as Stathis, the son of a Greek fisherman, navigates waters replete with treacherous men and women swimming or drowning and not knowing the difference.”–Pamela Painter, author of Wouldn’t You Like to Know

“In between the words, sliding out into the margins and slipping into our consciousness, Ioannis Pappos’ devastating and engaging book Hotel Living reveals the dominant forces that have shaped the new millennium. Bold and insistent, this book is a creative-response challenging us not to blindly accept the world around us as it appears but to see beyond the glib facade and discover what is real. With a sharp eye and inimitable worldview, Pappos has given us a work animated by the spirits of Bolano through Pasolini to Edmund White. Blending clever prose with piercing socio-political investigation, this book draws the line, ultimately asking each of us if we embrace the spectacle (what separates) or choose society (what connects).”–Antonino D’Ambrosio, author of Let Fury Have the Hour

“Whew! I need to check into rehab for a week. I just finished reading Ioannis Pappos’ bold, painfully intimate novel Hotel Living. All that booze! And blow! And unadulterated fucking! Yet rendered with such insight, and crafted with skill and compassion. Every decade or so a novel comes along that utterly captures the Zeitgeist of our benighted times. I think of Less Than Zero, Bright Lights, Big City and now Hotel Living. Kudos for Pappos. This is a writer to reckon with.”–Richard Stratton, author of Altered States of America

“We’ve read and watched depictions of the reckless excess of our recent gilded age, but rarely do we get a glimpse into the inner life of one of its players. Hotel Living is The Wolf of Wall Street with a heart.”–Mike Albo, author of The Junket